Game development these days regularly involves several dozen people, sometimes hundreds or Thousands — and games usually take many years to develop before they arrive. Even the smallest releases from independent studios can take years to make, which is just one of the things that makes Voice of Cards: The Forsaken Maiden so extraordinary. This sequel to Square Enix’s refreshingly stripped-down, basic card-based RPG Voice of Cards: The Isle Dragon Roars arrived less than four months after the original game. Even for something as relatively simple to develop as a card game, when you consider the writing, the art, the music, the marketing, that’s just… Wow!

We thoroughly enjoyed our time with the sequel when it launched last month, and for the development team, led by creative director Yoko Taro of Drakengard and Nier: Automata, it must have been quite a different experience from other larger video game projects.

We were able to ask members of the Voice of Cards team some quick questions about the game recently, so we took the opportunity to grill the legendary director and ask him that question we think everyone is itching to know the answer to…

The original Nintendo Life: The Voice of Cards was released in late October 2021, so the turnaround for the sequel is incredibly fast in modern video game terms. Tell us a bit about the development of the sequel and how it felt to generate a finished product in such a short amount of time compared to the many years other projects take.

Yosuke Saitō (Executive Producer): We intended to do a series from the beginning, but we kept that secret.

What are the most significant changes in The Forsaken Maiden that players of the first game will notice?

Masa Mimura (Director): The relationships between the maidens and the attendants was one of the main themes we established for the game. On the gameplay side of things, we use link abilities to show the links between each pair, so hopefully players will notice the animations for that. 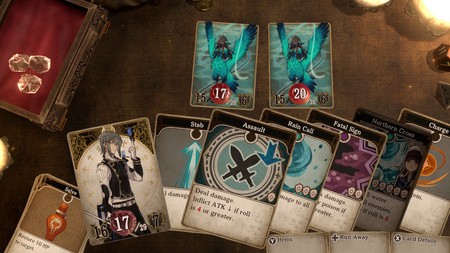 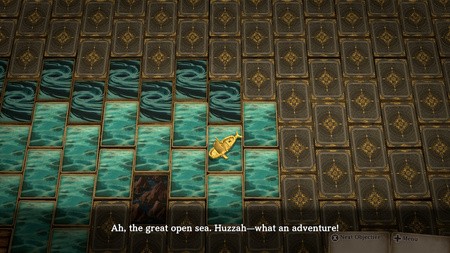 The first game was praised for the way it stripped away extraneous peripheral details and presented only the complex core gameplay experience, which felt extremely refreshing given how many games are trying to do everything these days. Did that approach feel liberating as a creator and do you think other video game projects and genres could benefit from that approach?

YOKO TARO (Creative Director): I think reducing elements is a method used a lot by indie games, but for Voice of Cards, we deliberately designed the game to create the feeling that you were actually playing with cards. We could have made things more convenient if we wanted to, but I hope players enjoy that unique, unhurried feel of analog gaming that you get just by using voiceover and cards.

How did such a rapid development period affect your approach to the art production of the sequel? Did the deadline have any unexpected/positive side effects?

Kimihiko Fujisaka (Character Designer): There were a lot of pieces that needed to be drawn, so it was hard to get through all of them, but there were a few characters whose designs I used from the previous game as a starting point, for example Phila from the girl in the item shop and Blight. by Vince etc. As a result of this, there were times when relationships emerged between those characters and times when they didn’t.

And finally, for Yoko Taro, a classic question: “Would you rather fight one horse-sized duck or ten duck-sized horses? Why?”

Yoko Tarō: Definitely the ten wheelies. I have a feeling you could probably make the most of it if you captured them alive and started up a mini horse racing track. Pokémon – I have to catch them all!

No comments to show.
Manage Cookie Consent
we use cookies to optimize our website and our service.
Manage options Manage services Manage vendors Read more about these purposes
View preferences
{title} {title} {title}